The CT Mirror reports that Governor Malloy and Democratic legislators struck a budget deal that would allow two new charter schools to open as well as supporting the growth of existing charter schools.1

On paper, this charter growth will cost the state $12.4 million in FY16, but it actually took an additional $23.5 million increase in FY16 ECS funding to make it happen. In other words, for every $1 in new funding to support growth in charter schools, legislators insisted that $2 went to support traditional public schools via ECS grants.

As I’ve noted, it’s much easier for legislators to give districts more money instead of addressing the inconsistent distribution of current ECS funding. The question I’d like to address: how well does this budget distribute the new ECS funding?

Looking at towns' ECS funding gap compared to their increase in ECS funding by FY17, we see that there’s a trend, but it’s not very clear. Towns with larger gaps will see a larger boost in their ECS grants, but towns with similar gaps are getting very different increases: 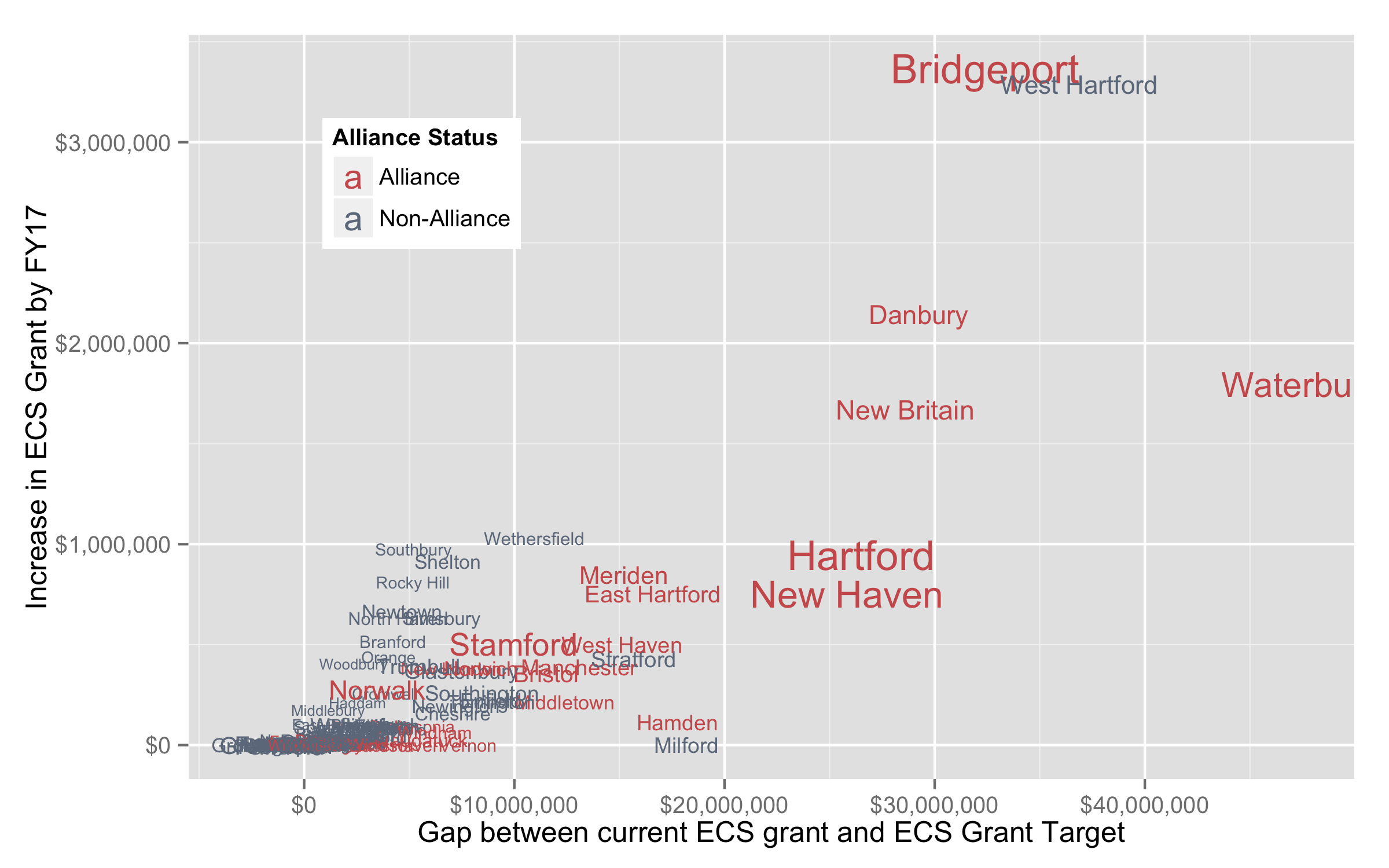 If we take a slightly different look at the changes, this time in percentages, the distribution of new ECS funding starts to make a little more sense: 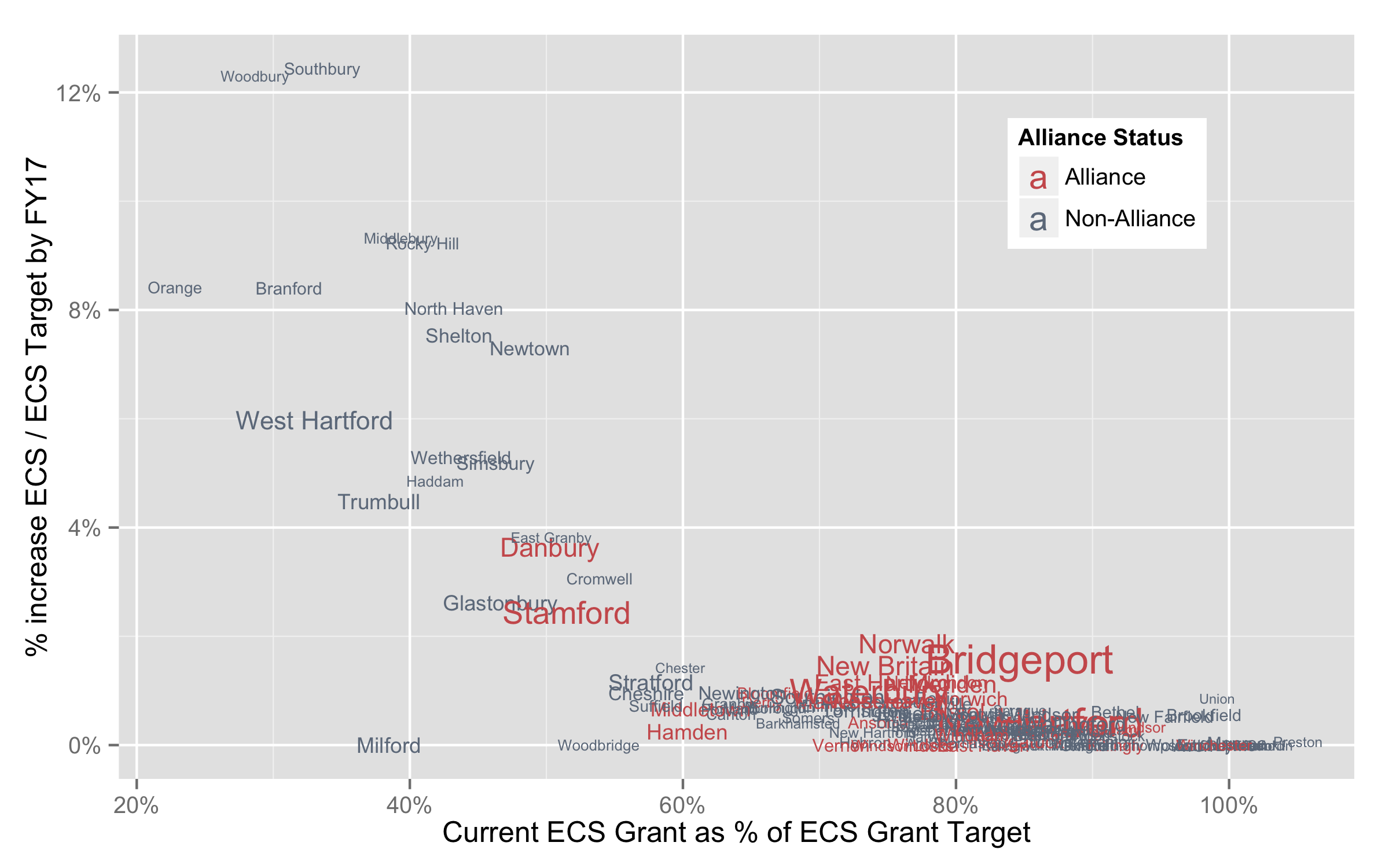 Of course, there are exceptions.

To put it in perspective, this is what the distribution of ECS grant “percent funded” will look like by FY17 (the first chart has a normal x-axis, while the second uses a logarithmic scale to better illustrate the left side of the distribution): 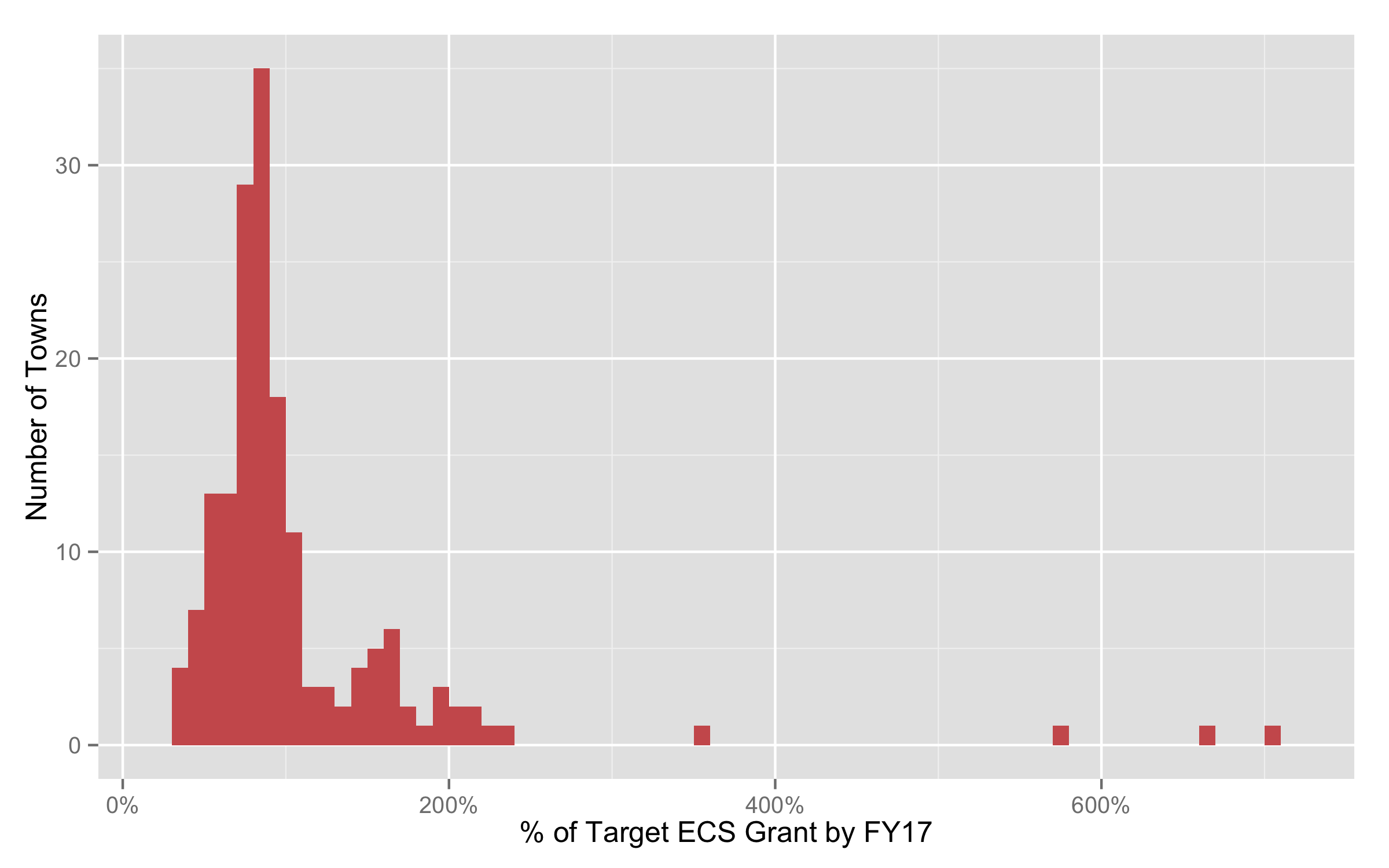 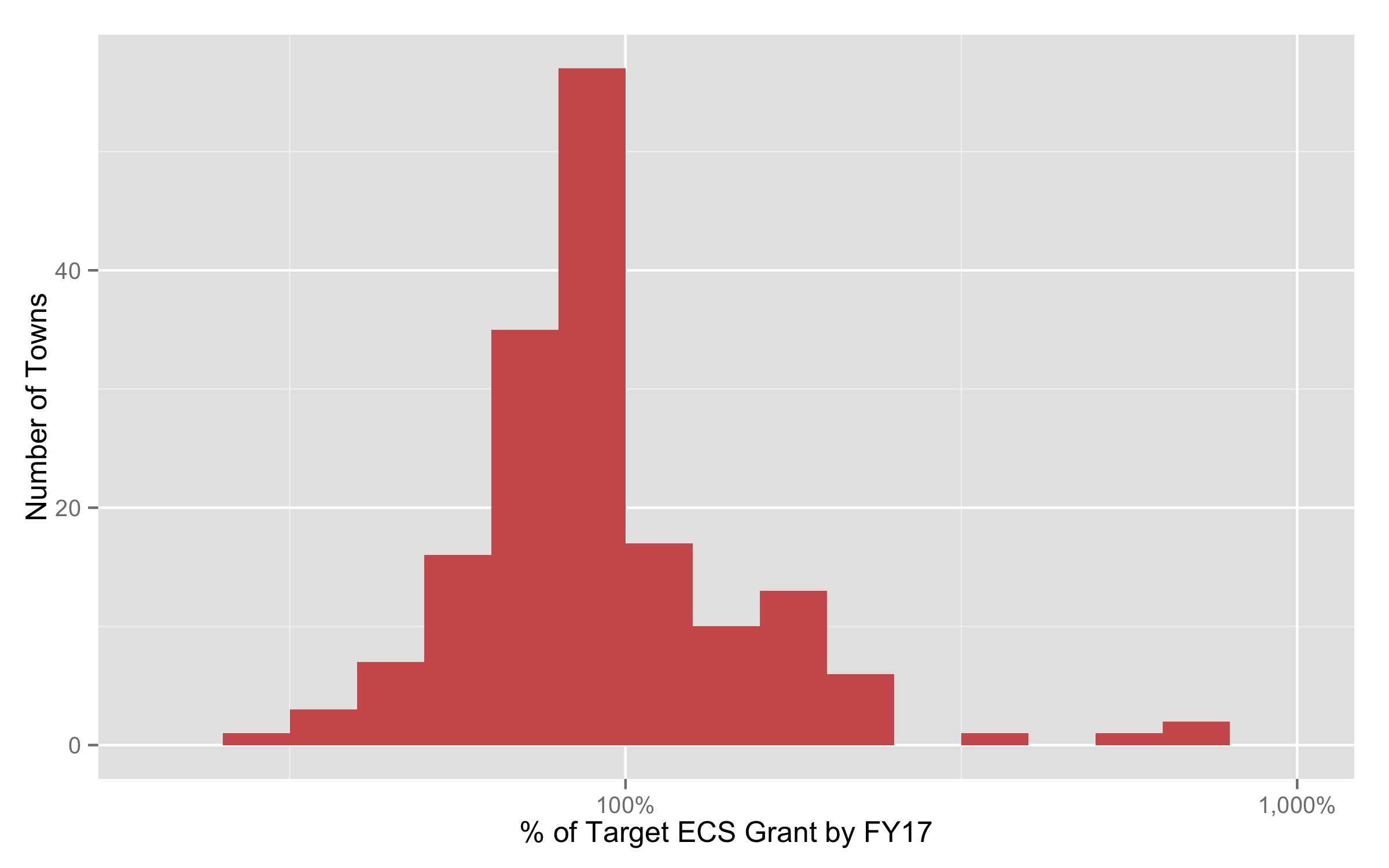 To answer my original question, how well is this new ECS funding being spent?

The new funding will do some good for under-funded districts, but the following problems persist:

Much more work remains to be done.