Recently, I needed to make a map that would color-code states and overlay some points to represent data for specific metro areas. My initial reaction to graphic creation is to always start with R and use ggplot2, but the final product also needed to be editable as a PowerPoint graphic.

This was the perfect opportunity to try a few R packages that were new to me: the urbnmapr package from the Urban Institute for map-making and the officer and rvg packages to export data from R into Microsoft Office document formats (including .pptx).

Using a great tutorial on how to use urbnmapr, I was able to produce the map I wanted pretty quickly. All it took was a simple left_join() to merge my state data with the urbnmapr data, then all I had to do was use geom_polygon and geom_point to map my two layers of data.

I recreated a version of the map I made using two tables of data:

It took me about 15 minutes to pull this together - most of it was spent actually creating the data: 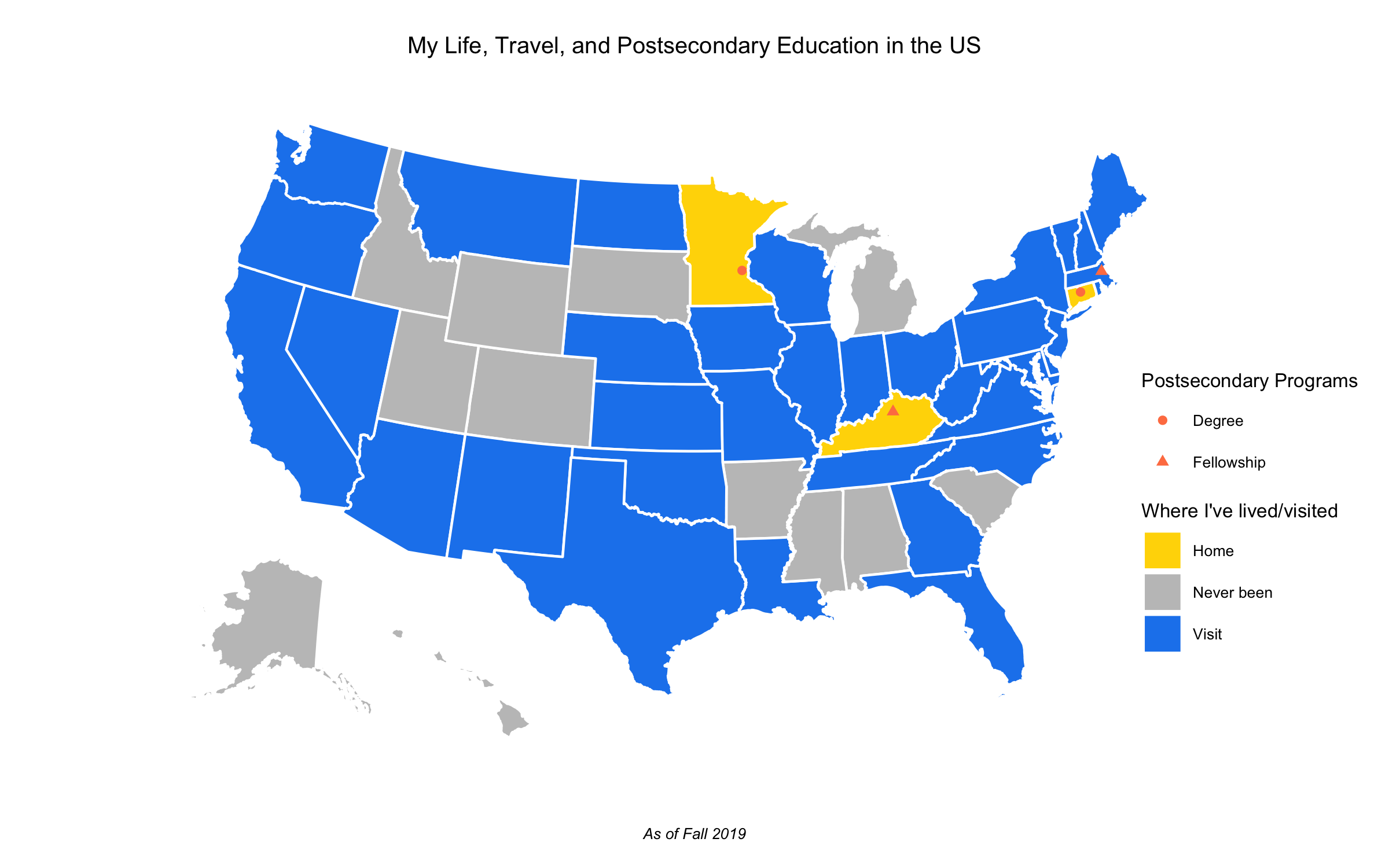 Most of the time, I’m exporting the plot as a static .png file, but thanks to the officer and rvg packages, I was able to export my ggplot object to a slide in a .pptx deck:

That’s it! From that point, I was able to open the PowerPoint deck and play around with every part of my map. I “ungrouped” all of the elements, then re-grouped the legend and map elements as separate groups to make re-positioning really easy. 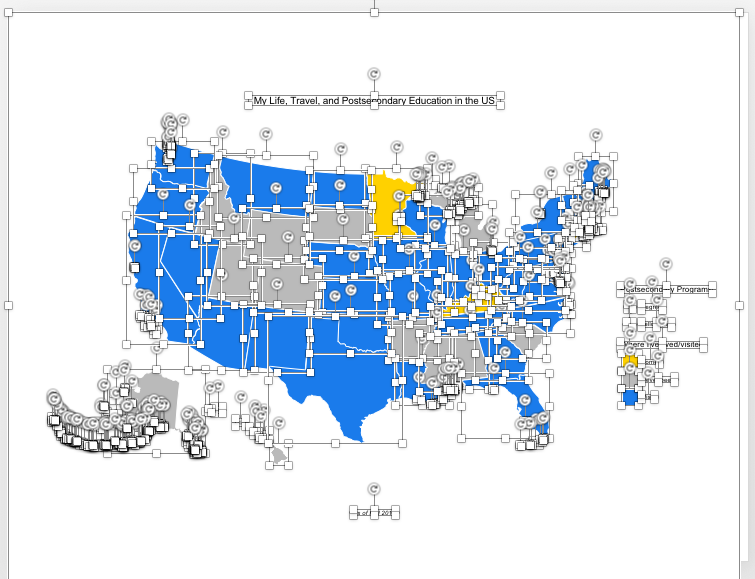 If you want to check out the code and data I used, it’s available on Github.